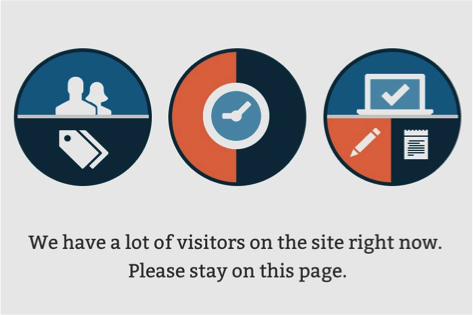 According to reports I’m hearing, my experience applying for a policy on the federal Health Insurance Marketplace has been pretty typical – I’ve spent many hours navigating the site and trying to get help from well-intentioned customer service reps with no more power or knowledge than me.

The two elements of this experience that are most fascinating to me are 1) how the President and his team communicated about healthcare.gov before its launch, and 2) how they have since responded to the furor over the actual launch.

What can we learn from this unfolding story, from a change management perspective?

Before the launch, the White House didn’t acknowledge the predictable negative aspects of implementing the Affordable Care Act to those who would be affected by it.  In fact, President Obama made big promises before the launch that were likely impossible to deliver.

Since healthcare.gov went live on Oct 1, it has had some significant problems that have disappointed many stakeholders.  It seems that a key part of the White House strategy during October was to ignore and minimize the negatives.  For weeks, I heard the euphemism “glitches” almost daily.  In a segment I heard on NPR, the President answered concerns about the website by re-directing attention to positive aspects of the program.  Re-direction works well for irrational children having temper tantrums (“How about some ice cream?”), but not for angry adults who have legitimate concerns.

For the first 29 days post-launch, there was a lot of buck-passing, but not much blame-taking.  Secretary Sebelius and President Obama have both recently apologized and said they are accountable, which has helped settle some stakeholders down.

When implementing a disruptive change, leaders build trust and commitment by 1) acknowledging the pain they anticipate causing, and 2) taking ownership and apologizing for the unanticipated pain they cause.

Disruptive change often hurts.  Even when a change is perceived as beneficial, moving from the present (in which one is competent and comfortable) to a new future (in which one is not yet competent nor comfortable) introduces pain.  The pain may not always be as bad as what users of healthcare.gov are experiencing, but it is in many cases.

Leaders who fail to talk authentically about the pain they’re causing erode trust. When those affected by change don’t have the opportunity to mentally and emotionally prepare for the pain, it feels less manageable to them when it occurs.  They can feel betrayed, and whatever commitment and buy-in a leader generated earlier in the change process can evaporate.  Too often, we want to rescue others from conversations about pain too quickly.

I’ve seen leaders tentatively and apologetically broach the topic of pain, then, as quickly as possible, turn to a more comfortable topic.  I call this “pivoting to unicorns and rainbows.”  Often I remind leaders to be open and upfront about the pain they’re introducing to their organizations.  I warn them about the tendency to avoid conversations about the pain and the need to let people “sit in the pain.”  Those leaders nod agreeably then go out and pivot to unicorns and rainbows.  This has taught me that this behavior (authentically predicting and acknowledging the pain caused by organizational change) is surprisingly difficult.

Leaders who don’t hold themselves accountable for the impact of their changes also erode trust.  Sometimes leaders feel they shouldn’t have to apologize for the pain that others experience.  Maybe they didn’t make the decisions that caused pain.  Or maybe they did make the decisions, but incompetence downstream caused the pain.  Or, maybe they feel that apologizing implies they had foul motives.   In all these circumstances, I recommend being accountable and apologizing for the pain.  Humans have strong survival and self-defense mechanisms.  When we get hurt, we usually try to avoid getting hurt again.  We erect emotional barriers, and we tend to ascribe bad motives to whomever we blame for hurting us.  It’s very hard to be in right relationship with a person who has hurt us but doesn’t acknowledge the damage.  Our personal and professional relationships require a measure of transparency and vulnerability in order to generate trust.  Most of us don’t have a significant personal relationship with President Obama, but when we’re implementing disruptive change, relationships with our teams and other stakeholders are key to our organizational and personal success.

I trust the leader who predicts, “This is going to hurt.”

I also trust the leader who apologizes, “I’m sorry that hurt.”

Nothing softens the hard heart like a genuine apology.